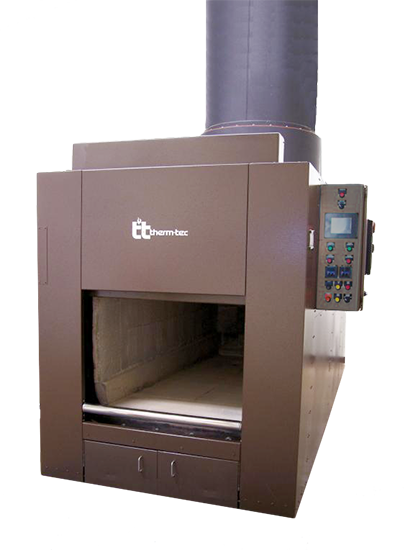 Therm-Tec, Inc. is proud of its reputation as one of America's oldest and most technologically advanced designers, engineers and manufacturers of Special-Use Incinerators, Crematories, Heat Recovery Systems and Air Pollution Control Equipment. Therm-Tec's technology in each of these areas is designed to provide the most environmentally safe and practical solution to the needs at hand.

Therm-Tec is perhaps best known in its role as a premier producer of Medical Waste Incineration Systems which in many cases are employed on a large-scale regional basis in major metropolitan areas of the United States. The company is one of only a very few in the nation specializing in the manufacture of such incineration-based disposal devices.

In addition to this role in the medical field, however, Therm-Tec also enjoys a leading reputation in the production of 10 other categories of disposal, recovery or pollution control devices based on incinerator combustion technologies, including Mobile Soil Remediation equipment. With their background in research and development, manufacturing, and servicing, Therm-Tec's owners and staff are among the most experienced people in the United States dealing with High-Tech Combustion Equipment.

An Oregon-owned and Oregon-headquartered company since its establishment in 1973, Therm-Tec has enjoyed continuous growth throughout its history. As new technologies have emerged for incineration-related equipment and as the world has embraced new environmental sensitivities, Therm-Tec has continually refined its products to remain on the leading edge of waste disposal and the other technologies in which it specializes.

In doing so and in attracting increasingly widespread interest in its innovative products, the company has outgrown its original quarters three times. Therm-Tec's administrative offices and manufacturing operations now are located in a 41,000 square-foot facility in the Sherwood area of Washington County, 12 miles south of Portland, Oregon.